Do you have questions about a possible Minorities and Stroke Malpractice case? Contact us now using this confidential form or Call Us At (800) 674-3082. We'll help you get answers. 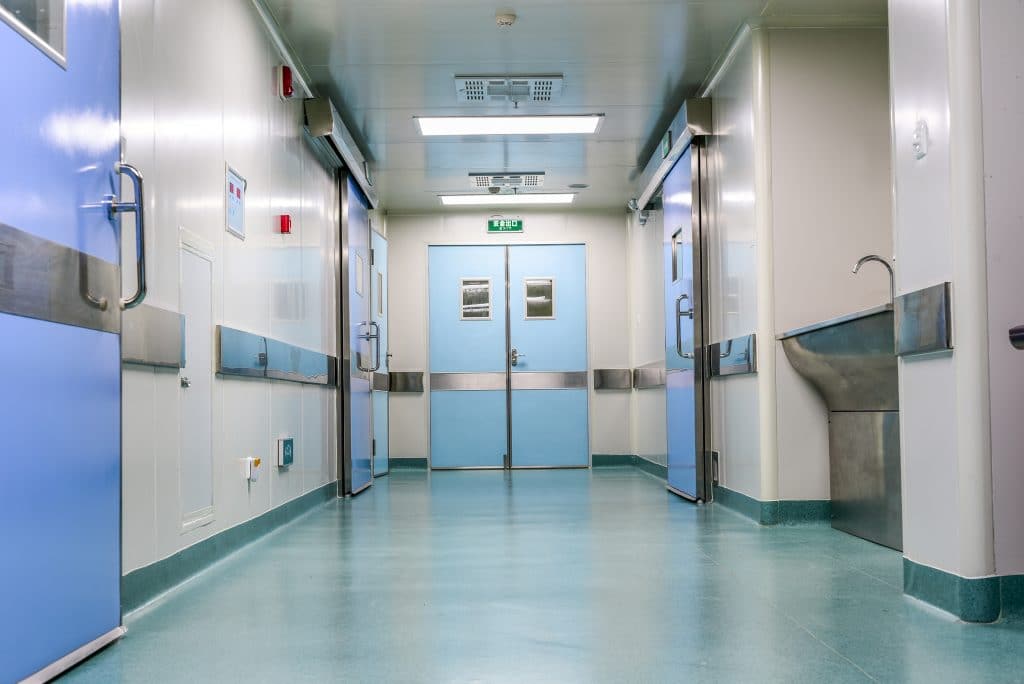 Minority Populations Have An Increased Risk of Stroke

For numerous reasons minorities are often at an increased risk of stroke when compared to white Americans.

If physicians do not understand the stroke risks faced by minority patients, physicians may commit medical malpractice by:

Any form of stroke malpractice can have a devastating and permanent impact on a patient.

Likewise, attorneys who represent injured patients and their families should be aware of the unique stroke risk factors of their clients.  This is necessary in order to hold dangerous medical providers and hospitals responsible for medical malpractice. 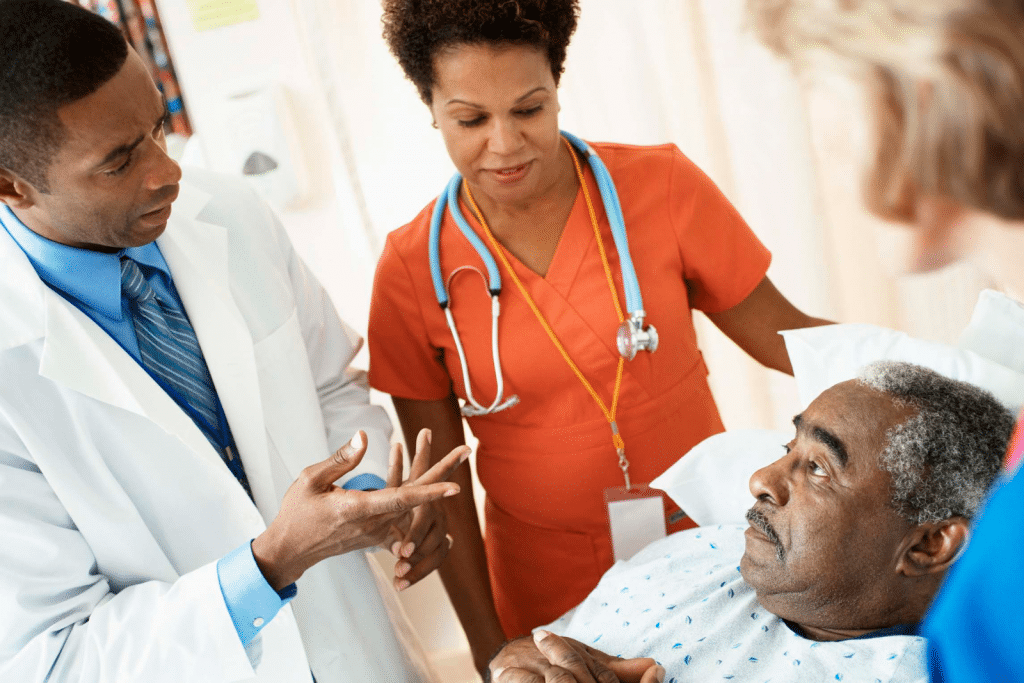 African Americans are at an increased risk of stroke.

Why are African-Americans at Higher Risk for Stroke?

African Americans generally have similar or even lower levels of total cholesterol than white and Hispanic Americans.  Experts believe that African Americans’ increased stroke risk is caused by a combination of genetic and environmental factors. These include high blood pressure (hypertension), diabetes, coronary heart disease, and a sedentary lifestyle.  These are each major stroke risk factors.  Many African Americans also suffer from sickle cell disease, which is an independent risk factor for stroke.

While excess weight is a risk factor for stroke, gaining weight earlier in life significantly increases the risk of stroke later in life.  A 2007-2008 report showed that African American children ages 6 to 17 were already 30% more likely to be obese than non-Hispanic whites.

Healthy weight status in adults is usually assessed by using weight and height to compute a number called the “body mass index” (BMI). BMI usually indicates the amount of body fat. An adult who has a BMI of 30 or higher is considered obese. Overweight is a BMI between 25 and 29.9. Normal weight is a BMI of 18 to 24.9. Proper diet and regular physical activity can help to maintain a healthy weight.

About one in 500 African Americans will also inherit sickle cell disease, a blood disorder that affects people of African, Caribbean, Mediterranean, Indian, and Central- and South-American descents and causes red blood cells to form into a sickle, or crescent shape. Sickle cell disease is a risk factor for stroke. 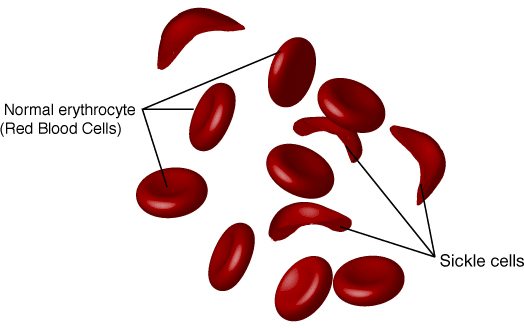 Sickle cell disease is a risk factor for stroke, including recurrent stroke.

Strokes can occur when sickle cells get stuck in blood vessels and clog the flow of blood to the brain.  The sickle shaped cells create a clot (also called a “thrombus”) that prevents blood from flowing to the brain causing an ischemic stroke.  Carriers of sickle cell disease are also at an increased risk of suffering a hemorrhagic stroke.

Research shows that many African Americans don’t know much about strokes, their causes, their prevention, and their treatment, despite that they are the population at the greatest risk. In 2003, the results of a large study evaluating residents near Cincinnati was published.  That study demonstrated that elderly African American men lacked knowledge about stroke risk factors and warning signs.

In 2010, a study surveyed African Americans living in Mississippi about stroke symptoms.  The researchers found that many people did not know how lifestyle factors (like excess alcohol consumption, lack of physical activity, diabetes, smoking, high blood pressure, and high cholesterol) contribute to stroke risk.

The study also found that many people could not identify stroke symptoms and more than half of the participants were unaware that calling 911 right away was the most appropriate way to respond to stroke symptoms.  Time is critical when diagnosing and treating a stroke.  Certain clot-busting medications called tissue plasminogen activator (tPA) reduce long-term disability for the most common type of stroke if given within the first 3-5 hours of symptoms, according to the American Stroke Association.

The study found that African-American communities need to better educate its members about stroke risk and that schools, churches, and the media must play a greater role in delivering this information.

Doctors treating patients must understand the special risks their patients face.  To avoid committing medical malpractice, physicians and other medical providers treating African Americans should understand the special risks this population faces.  If physicians are negligent in understanding the risks of stroke their patients face, the doctor may commit medical malpractice by failing to prevent, treat, or diagnose a stroke.

For example, knowing that African Americans are at an increased risk of stroke because high blood pressure, obesity, and diabetes, physicians should take steps to provide medications to their patients to prevent strokes.  If a physician or other medical provider does not take these steps and the patient suffers a stroke, the physician may have committed medical malpractice. Similarly, if a patient is suspected of having a stroke, the doctor and hospital  must act immediately to treat the patient as soon as possible or else the doctor has likely committed medical malpractice. 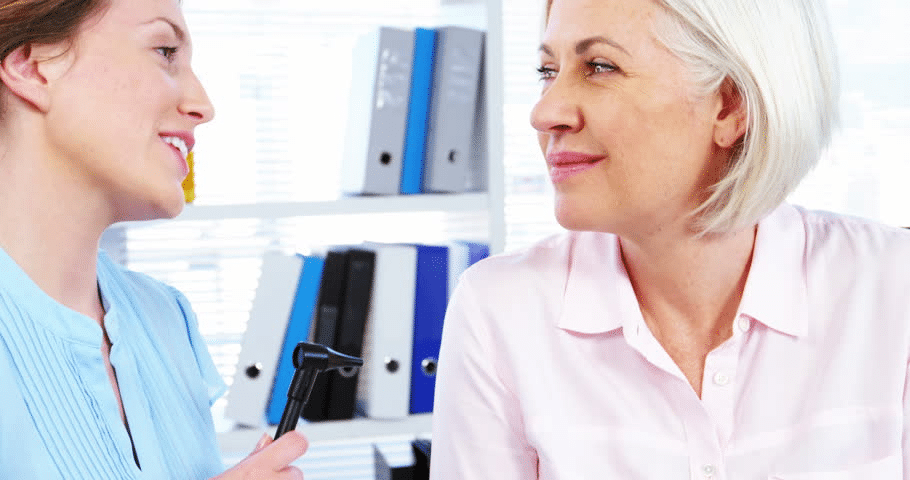 Hispanics are at an increased risk of stroke.

According to the U.S. Census Bureau (the agency that measures population changes), the Hispanic population has increased by 34 percent since 1980. The term Hispanic is a generic term used to describe various cultures from a variety of countries. Even though Hispanic Americans share a language, there are many distinct subgroups: Mexican Americans (62 percent), Puerto Ricans (13 percent), Cuban Americans (5 percent), Central and South Americans (12 percent) and other Hispanics (8 percent). Almost three-quarters of all Hispanics live in California, Texas, New York, Florida, New Jersey, and Illinois.

Hispanics in the U.S. have a higher rate of stroke than other populations. Hispanics are more likely to suffer a stroke at a younger age than their Caucasian counterparts.  The Northern Manhattan Stroke Study, a large stroke investigation, found that the average age for stroke in Hispanics was 67, compared to 80 for Caucasians. Stroke and heart disease are responsible for one in three deaths among Hispanic women and one in four deaths among Hispanic men.

Why are Hispanic-Americans at Higher Risk for Stroke?

The leading risk factors for stroke in the Hispanic population are:

Obesity is more prevalent among Hispanics than among non-Hispanic whites. The American Heart Association reports that 75 percent of Mexican-American men and 72 percent of women age 20 and older are overweight or obese.  29 percent of Hispanic men and 40 percent of women are obese.

Diabetes also plays a major role in stroke prevalence among Hispanics.  It is estimated that 30 percent of adult Hispanics have diabetes.  As many as half of these diabetes sufferers are unaware that they have the disease.  Mexican Americans and Puerto Ricans between ages 24–74 are 2.4 times more likely to have diabetes than non-Hispanic whites. Researchers estimate that 47 million Americans have metabolic syndrome. Mexican Americans have the highest rate of metabolic syndrome at 31.9 percent.

Several studies have shown excessive alcohol use among Hispanics. The Barrow Database found that 24 percent of Hispanics have heavy alcohol intake compared to 17 percent in non-Hispanic whites.  Heavy alcohol use occurs in 40 percent of Latino men age 18–39.  Excessive also consumption is a risk factor for stroke, as well as many other diseases.

A sedentary lifestyle is a risk factor for stroke.  The National Health and Nutrition Examination Survey studied the activity levels of Hispanics.  It found that 74% of Mexican-American women did not engage in recreational physical activity and exercise.

A lack of insurance and access to medical care increases the risk of stroke.  This is because people without insurance often don’t receive regular checkups and preventative medicine.  Hispanics are less likely than non-Hispanic whites to have health insurance (66 percent vs. 89 percent).

Language barriers and lack of transportation contribute to poor access to healthcare providers. Because of this, Hispanics are more likely to delay care, drop out of treatment when symptoms disappear and have poor rates of physician use.

Doctors treating patients must understand the special risks that their patients face.  To avoid committing medical malpractice, physicians treating Hispanic Americans should understand the special risks this population faces.  If physicians are negligent in understanding the risks of stroke their patients face, the doctor may commit medical malpractice by failing to prevent, treat, or diagnose a stroke.

For example, hospitals and medical providers in predominantly Hispanic neighborhoods should have translators available to avoid any language barriers.  Likewise, knowing that Hispanic patients are predisposed to stroke because of obesity, diabetes, and high blood pressure, physicians and hospital staff must do everything they can to reduce these stroke risks.

There are approximately 4.5 million American Indians and Alaska Natives in the United States, 1.5% of the population, including those of more than one race.  However, they are disproportionately affected by stroke. 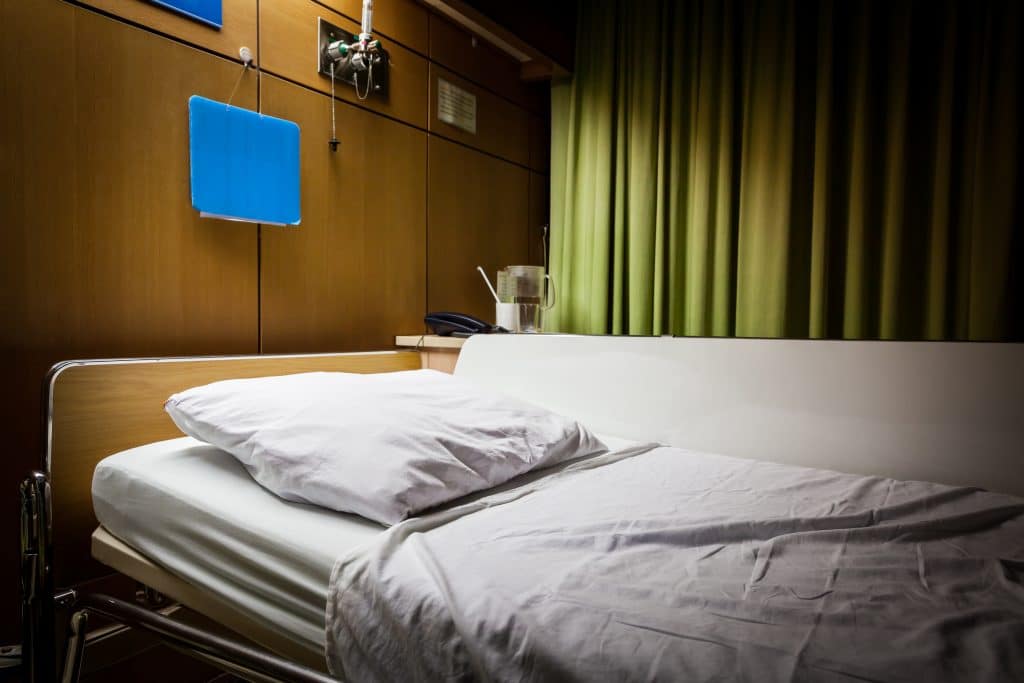 Stroke patients can find themselves confined to hospital beds for weeks or months.

Diabetes has been shown to be a very important risk factor for stroke among American Indians and Alaska Natives.  People with diabetes have an increased risk for heart disease but can reduce their risk.  This is true of every race.

Compared to most Americans, Asian Americans are less likely to be aware of high blood pressure (hypertension), have their cholesterol levels checked, or undergo treatment for these conditions.

The data shows that there is a high rate of hypertension and stroke among Southeast Asians.  Although obesity rates are low for Asian adults, Filipino adults (14%) were more than twice as likely to be obese as Asian Indian (6%), Vietnamese (5%), or Chinese (4%) adults.

Published in the Journal of the American College of Cardiology, a recent study analyzed death records for the six largest Asian-American subgroups: Asian Indian, Chinese, Filipino, Japanese, Korean and Vietnamese. Together, these subgroups make up 84% of the Asians in the United States.

After comparing U.S. death rates from 2003–2010, researchers found that stroke and high blood pressure was more common among every Asian American subgroup compared to non-Hispanic whites. Compared to whites, Asian Indians and Filipino men also had greater mortality from coronary artery disease—a condition that occurs when the heart’s arteries narrow, often due to the plaque build-up on the arterial walls.

Based on these findings, authors highlight the need to direct specific treatment and prevention efforts to reduce health disparities in the Asian-American population. If Asian Americans face greater risk of hypertension and stroke, it’s important to address these risk factors to prevent complications and improve outcomes. And with a current population of more than 18 million that is projected to reach 34 million by 2050, addressing cardiovascular risk factors in this rapidly growing population will have a meaningful impact on improving the heart health of the U.S. population.

More than 70% of Asian Americans are physically inactive.

Compared with White Americans, the risk of diagnosed diabetes is 18% higher among Asian Americans.

The highest rates of cigarette smoking are among Southeast Asians males and they start smoking early in life, putting them at greater risk for heart disease.

Native Hawaiians/Pacific Islanders were four times more likely than non-Hispanic white adults to die from a stroke in 2010.

In general, Native Hawaiian/Pacific Islander adults have developed several of the high-risk factors which can lead to heart attacks and stroke, such as higher rates of obesity, hypertension and cigarette smoking.

Cerebrovascular disease can be more prevalent in some U.S. island territories. For example, the death rate from stroke is 2.7 times higher in American Samoa than in the U.S. non-Hispanic white population.

Native Hawaiians and Pacific Islanders suffer from many of the same risk factors for stroke as other minority populations.  These include:

Obesity continues to be a health risk in the United States Pacific Territories. Reports from the World Health Organization indicate that in the Federated States of Micronesia, almost 83 percent of women were either overweight or obese in 2008.

Asian Americans, in general, have the same rate of diabetes as non-Hispanic whites. However, there are differences within the Native Hawaiian/Pacific Islander population.

In 2010, Native Hawaiians/Pacific Islanders were 30 percent more likely to have had a foot examination within the past 12 months than non-Hispanic whites.